The Three Laws of writing a book

The Three Laws of writing a book 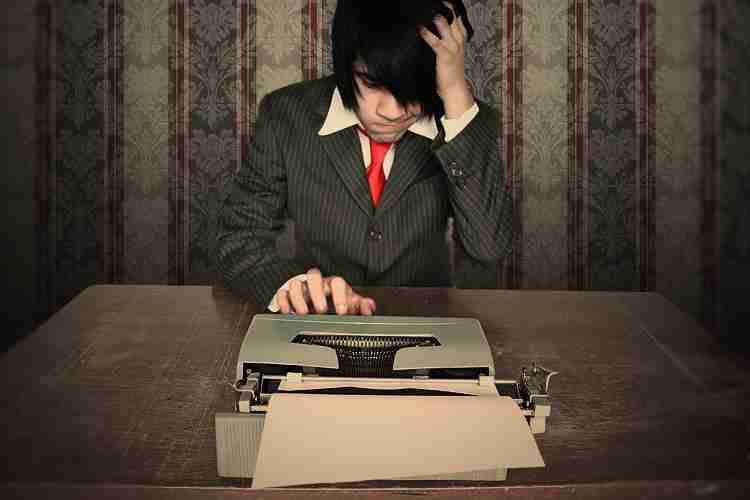 One of the most common questions for authors is the one beginning with “How?” And while the question of “How do I write a book?” has many, many subsets to it, including questions about how to write features like characters, settings, conflicts, subplots, subtext, and relationships, the more holistic aspect of the larger question is more interesting to me personally.

Certainly the answer to the question is more interesting for me. The subsets can be answered in a sentence or two a piece: characters are more often than not a series of connect-the-dot puzzles involving their personal back stories, traits, and choices; settings are largely reliant on purpose and description; and conflicts will happen organically once the dots are connected for the character(s). The bigger question, though, gets into more abstract ideas of motivation and the persona of the writer. For this reason, we should look at what catalyzes the act of creation, the dualistic nature of the author, and the fuel that perpetuates the motivation to continue.

First things first, we begin with the first question that must be asked whenever reading or writing anything from school papers to novels. That question is one of purpose: Why do you want to write, and why this story? For the sake of simplicity (and because I would rather not keep you here with a fifteen page paper about inspiration and finding ideas) I will begin with the assumption that you already have an idea of the general story you want to tell. Whether it’s a genre piece about an alien invasion in post-revolutionary Russia or a literary-minded construction of subtext about the conflicts between individuals and corporations around the turn of the 20th century, you have an idea of what story you want to tell.

The question after that, then, is “why?” “Why?” is, of course, a philosophical question, but such is the nature of life that one must ask the question. This isn’t a simple thought experiment either; no AA-inspired personal inventories are involved here. No, this is a strictly business-oriented question. Because when you answer the question of why you want to tell this story, you can answer the next twenty questions rather easily, and if not easily then at least consistently.

For the sake of time, I will give you a few tips on answers to avoid, even when it’s just you talking to yourself. While some might advise that you tell stories just for yourself and your own amusement, I would add a note of caution to that idea.

Yes, writing something you find entertaining is a good idea for reasons we will get into in a moment, but there are dangers when the only thing considered is “I like this, therefore I write.” For one, when you write a story solely for yourself, you tend to make it more personal that it should be. The story becomes about you, and vice versa. As a result, if and when the story is read by someone else, the criticism then becomes about you instead of about the story.

The critic may not even intend it, but the story will be such a personal thing at that point that words meant to help the story will be taken as an attack on the writer. Beyond that, there is a tendency to be complacent when the story is just for yourself.

Writing – and especially rewriting – works along the same principle as dressing yourself: if you are alone at home you will be much more comfortable staying in pajamas with bed head than if you were going out on a first date. And while casual can be appropriate for a story, sloppy rarely is. It is important, therefore, to maintain at least some outward focus during the process.

Beyond the personal and professional aspect of keeping that focus, though, there is the audience aspect. One of the key points of writing is remembering that the audience exists and is an important thing to consider. Audience will determine language choice, subject matter, and the way both subject and language are handled within the story.

This idea ties into another point in this article, which starts to move away from purpose and into the realm of the story itself. Namely, concerns about original ideas. Every writer worth their salt has had this concern at some point, and it is a healthy concern to have. One way to ease this fear when it gets unhealthy, though, is again the consideration of the audience.

I mentioned briefly in the beginning that we would talk about the duality of the author, and here is where that comes in. Every author contains a dual nature in this one area: each and every one, when they are writing as themselves and not mimicking someone else, is both unique from other authors, and similar to at least one niche audience.

Take this, for example: A story about a flight stewardess as she moves from being young and excited to see the world to tired and just wanting to quit will be different depending on who writes it. If I write it, I will likely focus on the interactions with the passengers and how the long flights across the world work to wear her down. If an author who writes thrillers takes the story, though, she will likely write about a mystery on the plane and how the stewardess is the likely suspect and how this stewardess gets away and solves the mystery to clear her name, reconnecting with her youthful energy and passion along the way.

Two different stories, written by two different people, for two different audiences. Both are unique from each other, but common to a group of people who would be interested in one or the other of those stories. The key, then, to both audience and originality, is to understand yourself as a writer. There is an aspect of psychology that works with metacognition – that is, the ability to analyze one’s own mental processes – that is one of the most vital for an author. Being able to understand the way one thinks about events and actions will reflect in what stories one tries to tell and for whom those stories are written.

It is not always enough, however, to simply know yourself and your audience. You must also know your endgame. You see, if I may begin to create metaphors and similes in this article, writing can be much like chess. Hold the groans, please; I promise this analogy will be brief. In chess it is important to anticipate each move your opponent makes, and have your strategy mapped out for at least three moves ahead of the current one.

Writing – and in this case I mean the actual act of writing/typing one word after another to create sentences that convey specific ideas rather than the abstract notion of creating fiction – is much the same. When one has begun to actually write the story down, the motivation to continue may very well wane with alarming speed. The biggest way to beat this is to have a plan (I hate to do this, but a S.M.A.R.T. plan in particular might actually help), and to follow it through with each move. By this I do not mean have some idea about how you want the story to end.

I mean have a plan for what each scene, each chapter, each series of events, will consist of, with as much detail ahead of time as you can, and know how all of those add up at the end. It is very easy to have a general ending in mind, and then get lost trying to find the way there. To avoid this and to keep yourself moving as you write, draw that map and follow it until you reach your destination.

To make this all easy to remember, I will send you off with the three laws. One: Know thy purpose, and follow that purpose always. Two: Know thyself and to thine own self be true. And three: Know thine endgame from the beginning, and make each move accordingly. I know I have kept away from specific plot-point advice and structure details.

This was intentional, as I did not want to run the risk of creating another monomyth fiasco. Stories will vary, and that variation is good. These rules are not for restricting your story or telling you how to tell a good story, but instead are designed to help you understand yourself and the stories you already want to tell. Because in the end, knowing those points is going to be so much more helpful than any rising action/falling action/dénouement structure I can give.